Tumbleweed Midstream is led by Durell J. Johnson, the company’s founder and chief executive officer. Mr. Johnson has more than 35 years of diversified oil and gas experience in both the upstream and midstream sectors. 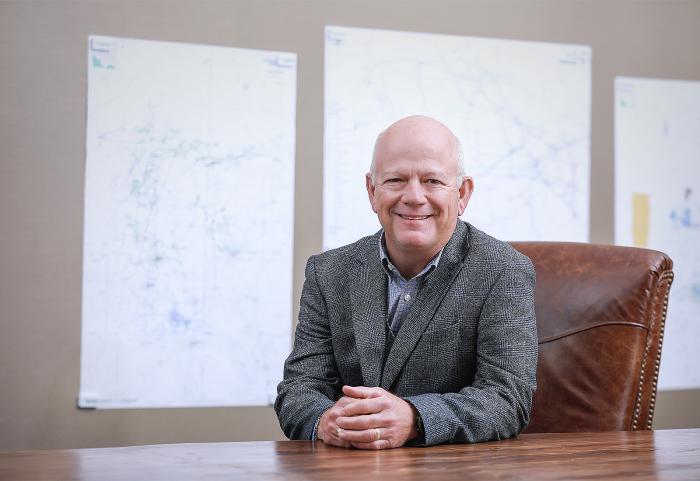 Mr. Johnson has a unique history with the Ladder Creek plant. He was working for Union Pacific Resources (the original owner of the plant) when the concept for a helium plant at the Ladder Creek location was first conceived. Serving as the plant’s project engineer, project manager and operations director from 1997 to 1999, Mr. Johnson managed the design and construction of the plant, hired and trained all employees, commissioned the plant in 1997 and managed operations until the plant was sold to DCP Midstream in 1999.

Marvin D. Webb is president of Tumbleweed Midstream. Mr. Webb came to Tumbleweed in August 2020, bringing extensive experience in energy investment banking, operations and investing expertise, with the majority of his experience focused on the upstream, midstream and oilfield services sectors within the energy industry.

Prior to joining Tumbleweed, Mr. Webb was the chief financial officer of private equity-backed Stakeholder Midstream. Mr. Webb was a founding member of the investment banking practice at Petro Capital Securities and headed the group since its founding in 2008. Under his leadership, the investment bank was involved in a broad range of capital raising, strategic alternatives advisory (buy-side and sell-side), strategic partnership, joint venture, refinancing, restructuring and risk management transactions totaling more than $4 billion for numerous startups and established businesses.

Prior to founding the investment bank at Petro Capital Securities in 2008, Mr. Webb was a senior vice president in the Natural Resources Investment Banking Group of Bear Stearns, where he was involved in transactions totaling more than $14 billion, ranging from initial public offerings to major merger transactions.

Mr. Webb has also worked both onshore and offshore as a reservoir, production and drilling engineer for Phillips Petroleum and Burlington Resources in the San Juan Basin, East Texas, North Louisiana, West Texas, the Texas Gulf Coast and the Gulf of Mexico.

Mr. Webb holds a Bachelor of Science in petroleum engineering from Texas Tech University and an MBA from the Anderson School at the University of California, Los Angeles.

Mr. Morrison earned a Bachelor of Science in finance and economics from McMurry University.

Ms. Johnson holds a Bachelor of Science degree in mathematics from the University of Texas at San Antonio and is a Registered Environmental Manager.

Prior to Tumbleweed, Mr. Germinario identified and developed oil and gas investments as Geoscience Manager with Beacon E&P, a small independent producer. He conducted geologic analysis for E&P operators in numerous plays across the Rockies, Texas and Oklahoma, drilling of over 500 vertical and horizontal wells throughout his career. Mr. Germinario has an extensive background in conventional and unconventional plays, and the development, acquisition and divestiture of oil and gas assets. Mr. Germinario’s career path includes Union Pacific Resources, Stroud Energy and EOG Resources.

While at Union Pacific Resources, Mr. Germinario’s geologic analysis in Cheyenne and Kiowa counties over seven years resulted in drilling over 150 wells targeting the Morrow Sandstone. Having found significant amounts of helium-rich gas, he was the geologic lead on the team that successfully recommended to UPR management the proposal that became the Ladder Creek Helium Plant and gathering system.

Mr. Germinario earned a Bachelor of Science and Master of Science in geology from San Diego State University.